I spent a total of three years from 2011-2014 on and off living in a tipi starting in summer and acclimatizing myself to winter by dipping in the cold mountain streams every day in incrementally longer times. When true winter hit it was still a shock. Would this really work? My fingers were so numb I could barely move them at first and had to hop around to keep warm. It was kind of ridiculous. But after two weeks of living in the tipi in winter I achieved my goal. I could operate very well. My hands swelled up so big they would no longer fit into a wide mouth mason jar, but there was no pain at all. No fingers getting cold. I did not cringe at the cold. I could go anywhere any time of year where I live in the Southern Appalachians and be happy…comfortable even…or At Ease in the Cold.

This article describes an experiment on cold adapting that sheds some light on my two week window. 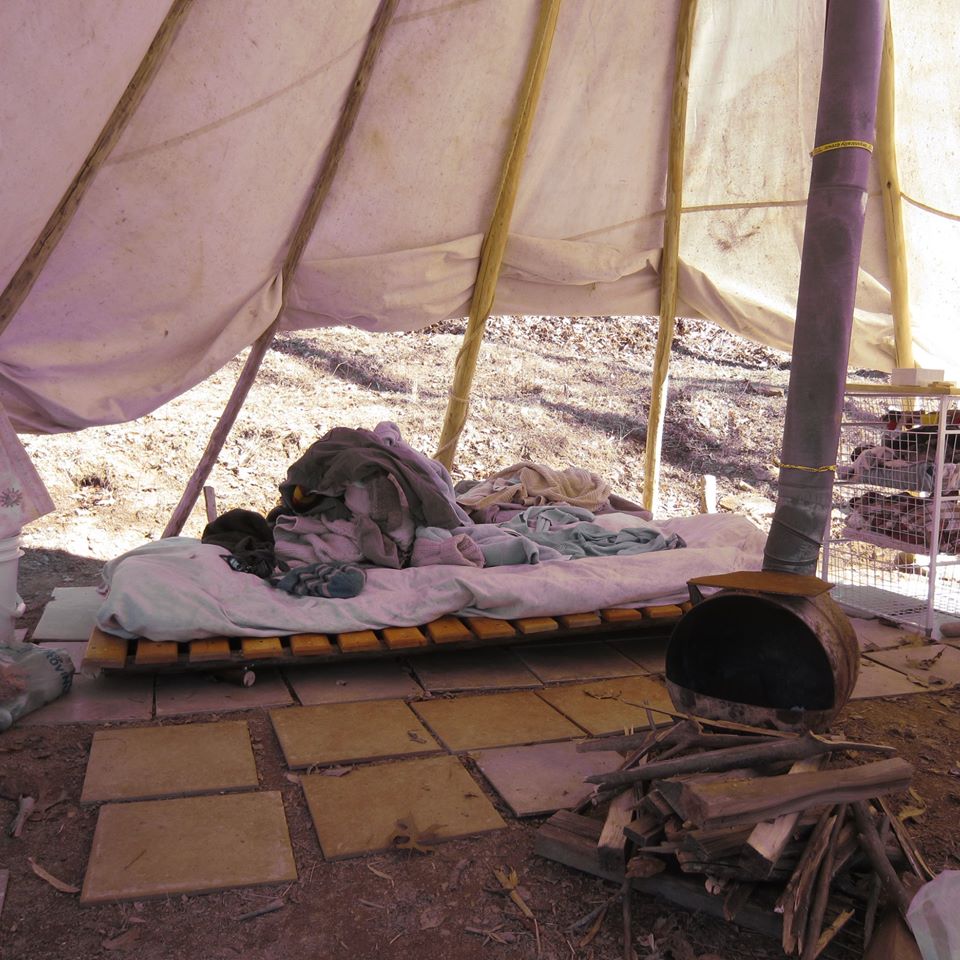 I moved back into a solid house but I would never be the same. I was so acclimatized to the outdoors I would have a new relationship with temperature and keep my windows open a lot sometimes even in winter. I built and moved into a tiny house that has a tiny wood stove. It is the same woodstove that I used in my tipi. The fire in this stove lasts only about an hour before needing to put more wood in. My house is heated by the sun during the day–passive solar–but when no sun–the wood works well. However after one hour it is out and that means no heat overnight. That means my house can get well below freezing during winter.

That is part of my journey into thriving in the cold. I learned to stay warm living in a tipi and now I consider my tiny house a glorified tipi of sorts. I discovered that, wearing wool clothing and sleeping under wool bedding, it is easy to be as warm and cozy as if the air were heated. Breathing the cold air is soothing once you are cold adapted. And if the cold air seems too much, then I pull the sleeping bag over my head and the breath becomes a heat source. The breath heats the air and moistens it and is an amazing bio-hack using the efficiency of the body to maintain itself.

I would have never thought of this crazy idea to heat using my own breath but I learned it from an amazing dude Aaron Fletcher who is a nomadic shepherd and has figured out a lot of things about the relationship between animals, fibers, and living outdoors. Wool wicks the moist air away from the body keeping the body dry even though the air is most. It may sound a little primitive but actually it is the best approach because it uses all the resources available including those the body already has. This practice links us directly to the environment…the source…our Mother Earth and at the same time enhances sleep better than any technology humans have dreamed up. Cool air into the lungs brings deep relaxation by decreasing cortisol and adrenalin. The carbon dioxide of the breath reduces serotonin, increasing melatonin, reducing other stress hormones like adrenaline, and thus creating a healthy, relaxing environment. It is a built in biohacking system.

After I realized how I could be warm in winter by changing one thing…eating a ton of butter, and other animal fat, my life changed forever. The Tipi Experiment was one of the best things I’ve done in my life. From this I cracked the code of how to stay warm in winter and actually enjoy the cold, as if I am drinking it up.

The only way to prepare for the cold is to prepare your body for it ahead of time. Then the right clothing and gear is second. Here’s an easy recipe for Raw Egg Mocha Latte which became my go-to dessert for living in cold weather. Some people have told me the idea of eating raw eggs is not appetizing. However, I have introduced this recipe to many people who have agreed, you don’t taste the raw eggs. The eggs are completely transformed into the alchemy of a sweet, warm frothy, treat that would never suggest raw eggs are the base. 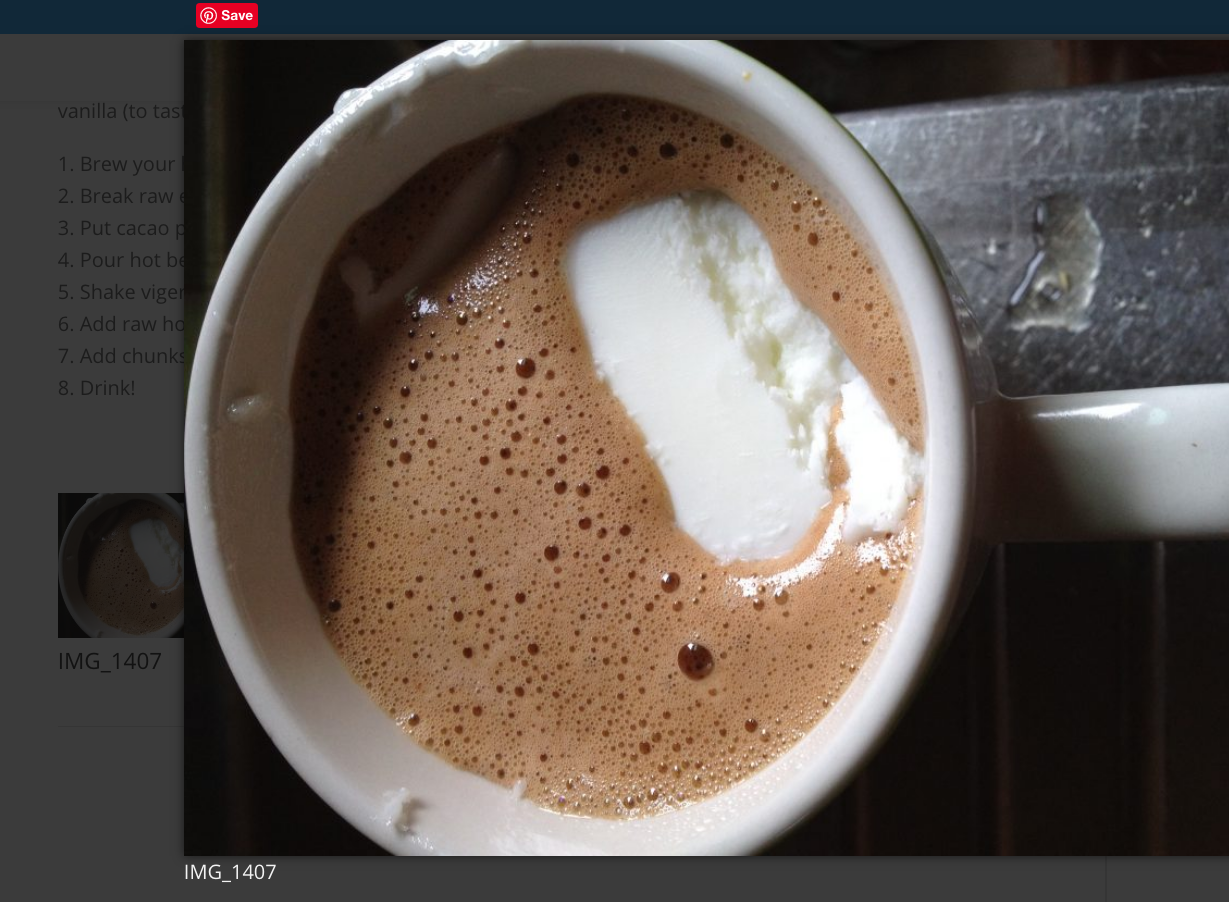